Have you ever been to Veľké Leváre? No! I have been there very often – driving through. It is a small town in the western part of Slovakia with a highly visible baroque church. The real sight is off the main road. I know it, because at the end of June I stopped there for the first time. 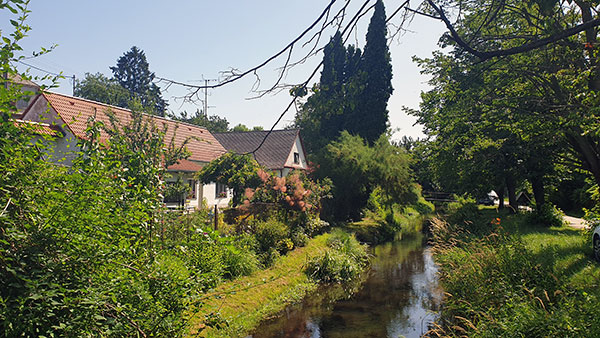 Veľké Leváre was once a centre of the Habans. I confess, until a few weeks ago I had no idea who the Habans were. The 16th century gave birth to several new religious trends in course of the Reformation including the Anabaptists. The Tyrolean Jakob Hutter propagated from 1528 on not only adult baptism but also the community of goods. Like all Anabaptists, the Hutterites met with little approval from the authorities. Some of them moved to Slovakia, which was at this time a part of Hungary. It is hardly imaginable in 2019, but in the 16th century Hungary, like Poland – also hard to believe – was regarded as a very tolerant country. Although one does not know the true origin and meaning of the word "Haban" it was used rather contemptuously by the locals for the newly arrived Hutterites. The Habans lived in a community of goods on their own Haban yard. 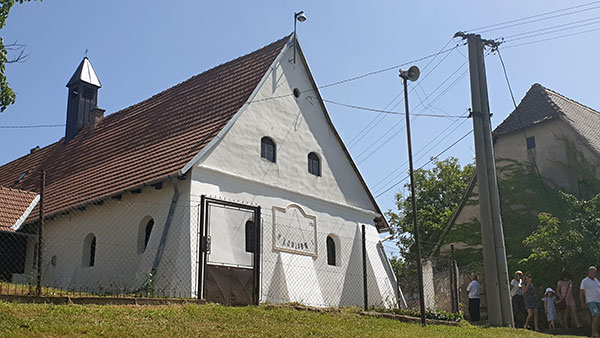 They were appreciated for their artisanship, whereby the colourful, strongly patterned Habaner faiences were particularly popular. Of course, the peaceful idyll lasted only a short time. The Thirty Years' War, the Turkish invasions and Maria Theresa ensured that in the course of the next two centuries the Habans either migrated or converted to Catholicism. 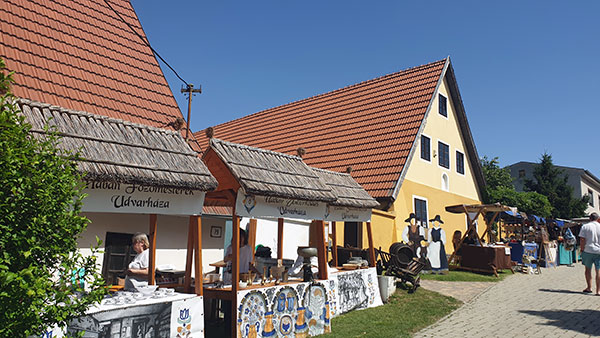 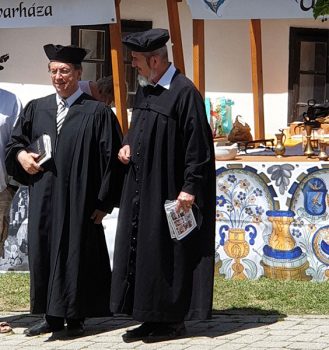 In Veľké Leváre there is a very well preserved Haban yard with a small museum. Every year the Habans fair is held. A mixture of market, folk festival and living history. It is rather a local attraction with some visitors from the surrounding area. If you speak Slovak, you have a clear advantage. Those who can only stammer five unrelated words like me can buy an informative, richly illustrated booklet in the museum.

On the hottest day of the year so far I sketched the entrance front of the museum.

Despite the heat, I was highly motivated to do some detail studies but my company wanted to go back and I had only time for a black and white sketch with the Sailor Fude.