Torcello – The Calm Before Interesting Times

Nearly a whole year I was looking forward to go back to Torcello. To be up front about it the island is dreamlike even in wind and rain probably because it is even calmer. Only sketching was made difficult by the weather condition. 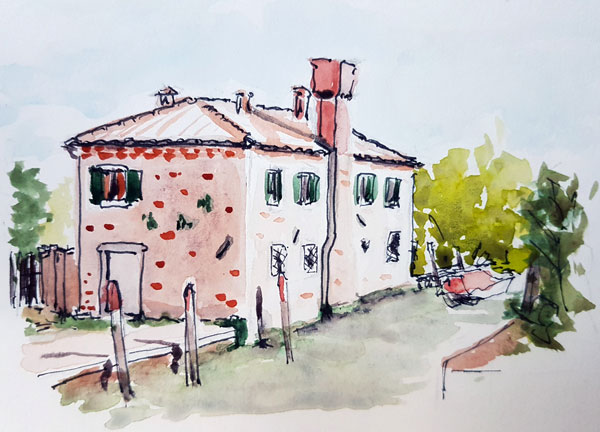 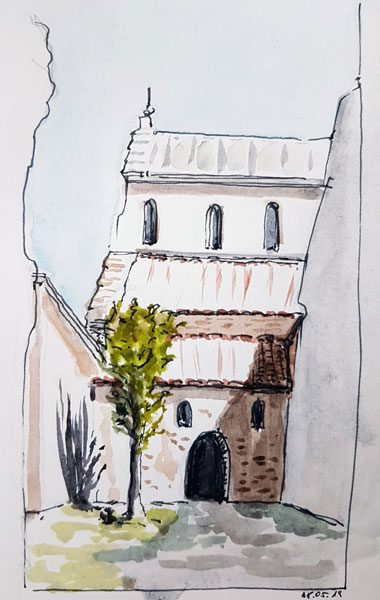 This year I climbed up the Campanile of the Basilica Santa Maria. It has mostly ramps, which made it easier than expected. Nevertheless the smaller you are the better. In addition, you should not suffer from claustrophobia it is rather narrow. Sorry, no 360° panorama picture. The view is beautiful but barred. 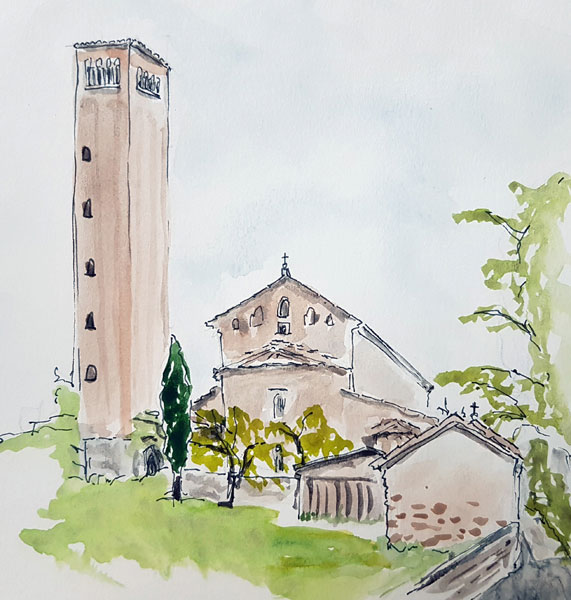 The mosaics in the basilica from the 12th century are undoubtedly worth seeing. The Last Judgement on the west wall unfolds its full splendour when the sun shines through the windows on the south wall.

And of course I sketched San Fosca in different versions. Meanwhile there is no other building I have sketched as often as this church. 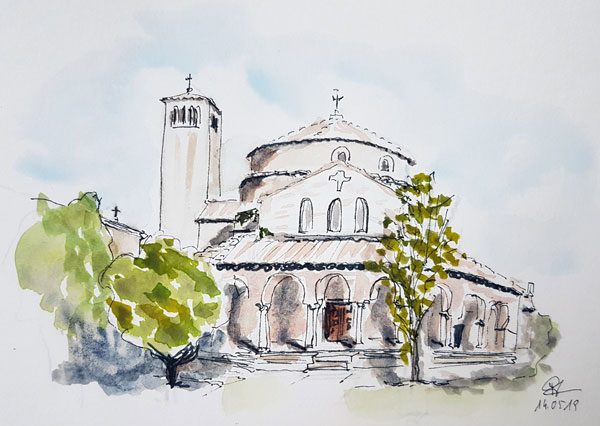 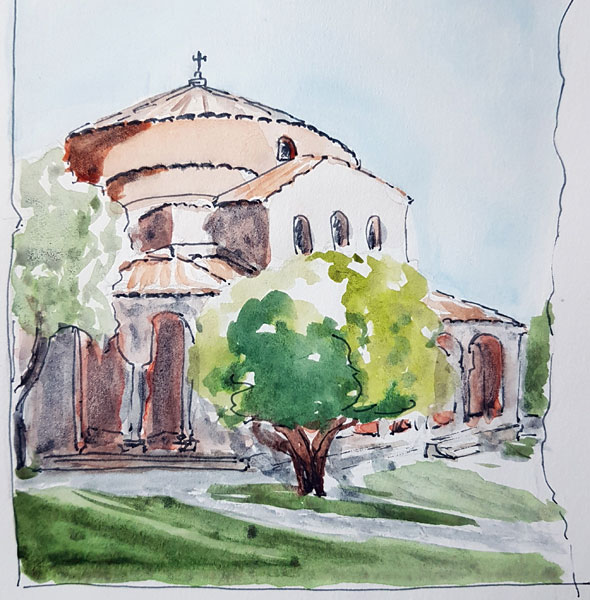 Torcello is within eyeshot of Burano and Mazzorbo. It has one thing in common with the latter. Both islands have indeed vineyards with the variety Dorona di Venezia.
Burano is known for its colourful houses.

But it also has a leaning tower. After all, the Campanile of San Martino has an inclination angle of 3.45°. What else did I do on Torcello? Nothing, I enjoyed the quiet, which was necessary. “May you live in interesting times.” I read on posters of the 19th Biennale in Venice. In the last 24 hours before my journey home, Austria experienced the beginning of an unprecedented political scandal, the resignation of the Vice-Chancellor, the proclamation of new elections and, as a result, the first official dismissal of an incumbent minister by the President, the appointment of a partial cabinet of experts, the first successful motion of censure in the Second Republic and the appointment of the first female Federal Chancellor in this country. Yeah, since I am back I live in very interesting times.