A meeting of the USK Vienna at the Danube Canal. A lot is going on there during good weather. Perfect conditions for everyone who wants to sketch people – I don’t. Architecturally it is a nightmare in grey and the excursion boats aren’t eye candy either. For the setup, I use my new Renaissance pencil, then I "enlivened" the lines a little bit with a Sailor Fude. 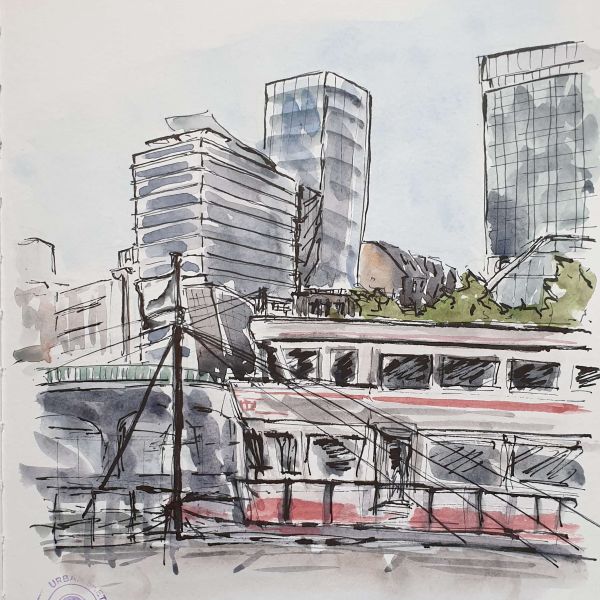 Although we have summer weather, I can only show one sketch. I was highly motivated during the weekend at the country but we have a big plague of mosquitos now. The irritating bloodsuckers appear en masse. Or as colleague described it: "Outside the terrace window it looked like the Battle of Britain, but without the Royal Air Force."

A View Of The Church of Mariahilf
Palais Coburg
Hundertwasserhouse