In my mind the cruise through the Arctic was rather calm apart from a turbulent crossing of the Barents Sea. That’s why I was convinced to come back with a lot of sketches from my trip to Antarctica. Indeed the sea was much rougher there, the ship had less window places and it was more difficult to sketch on land than imagined. Maybe it was my fault because there was a nice man from England on board who painted on deck even during rough seas. 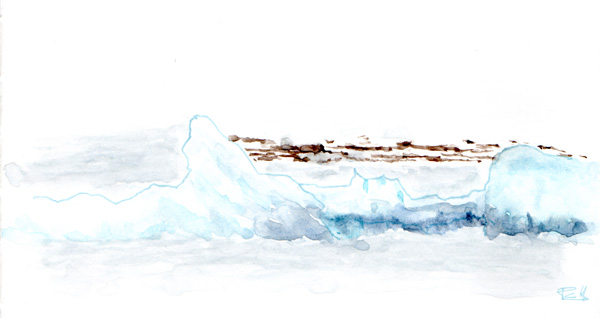 We had already crossed the polar circle when I grabbed the brush for the first time. Detaille Island (66°52′S 66°47′W) is the home to Base W, which was abandoned by the British in the late 1950ies. First I tired the opposite iceberg and the glacier on the mainland. Looking at home for hours for the perfect mix of an ice blue ink, I discovered on location that the ink was disturbing. Even more disturbing were the movements of an anchored ship (I will definitely never become a sailor.). Whenever I looked out of the window I saw a different part of the iceberg or the coast. It was easier with the island, where I could use the buildings and the mast as reference point. An overcast sky in Antarctica makes everything more difficult because clouds, sea and ice create one big grey shape. 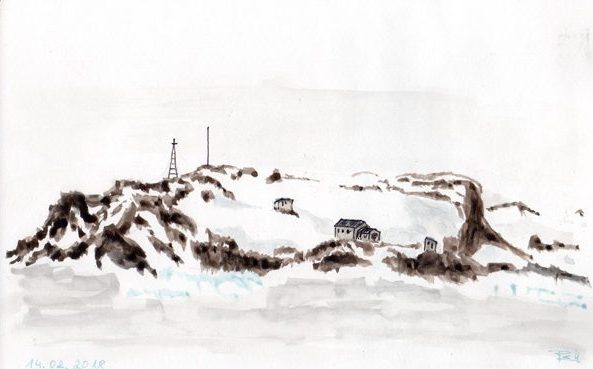 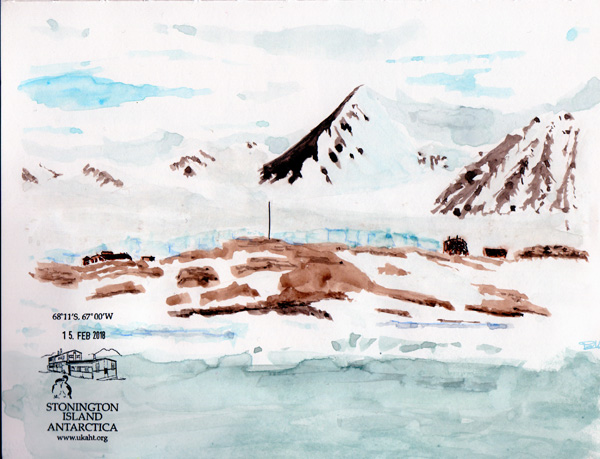 The Northeast Glacier behind was once connected with the island. It calved so extremely that the ice nearly covered all the water in the bay. 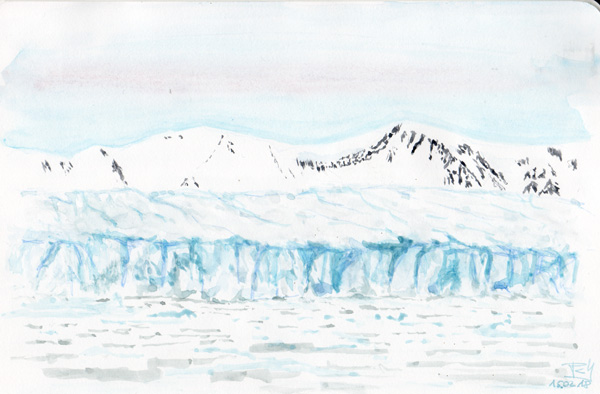 Only once I took my whole sketching kit with me on land. In Antarctica everything that could get in contact with the environment has to be evacuated and fumigated – non only cloths but bags, camera equipment, etc., too. Of course I didn’t let them do this with my sketching kit, that’s why I mustn’t put anything on the surface but had to balance it in my legs, which was very uncomfortable. And I had to be very careful to splash no water or colours. Who would want to be responsible for killing a cute penguin by mangan blue poisoning? 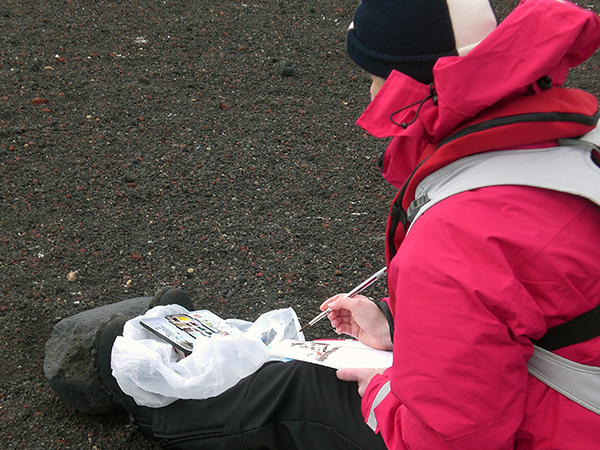 On Halfmoon Island (62° 35′ 24″ S, 59° 54′ 36″ W) I just used a watercolour pencil and a fineliner. The colouring was done at home. In the background one can see the Argentine Cámara base, in the foreground some chinstrap penguins have a little chat, probably about the newest tailcoat fashion. 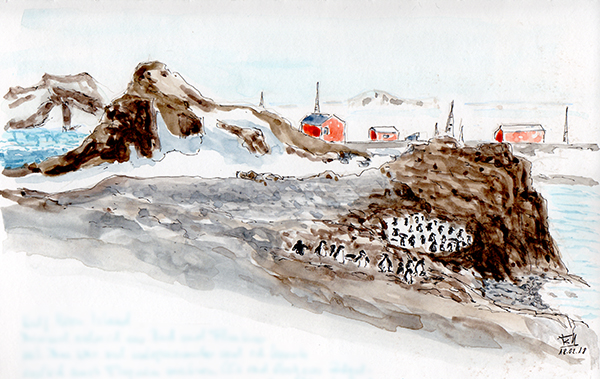 Other loveable tailcoats and much more about Antarctica can be seen here: Antarctica – Crossing The Polar Circle