Not that I need a reason to go to London (For me it is that kind of town one can visit again and again.), but this year there was a cause: I had theatre tickets. Going to the theatre in London is always an experience, because many things are completely different from what I have been used to. While such professionalism on and behind the stage has been sought in vain in this country for years, chaos reigns in front it. I don’t dare to imagine what would happen if I would try to enter the auditorium of an Austrian theatre with a coat in one hand a glass of wine in the other hand. This normal behaviour for the English audience. Then I am constantly baffled by the short curtain calls after the performance. In Austria curtain calls are celebrated and very often directed with their own rehearsals (I know what I am writing about I experienced it several times.) In London they are over faster than one can stand up and put on one’s jacket.
At the End of April, I crossed the channel to watch Harold Pinter’s Berayal with Tom Hiddleston. Probably the most impressing, most stunning and most overwhelming example of acting I have ever seen. 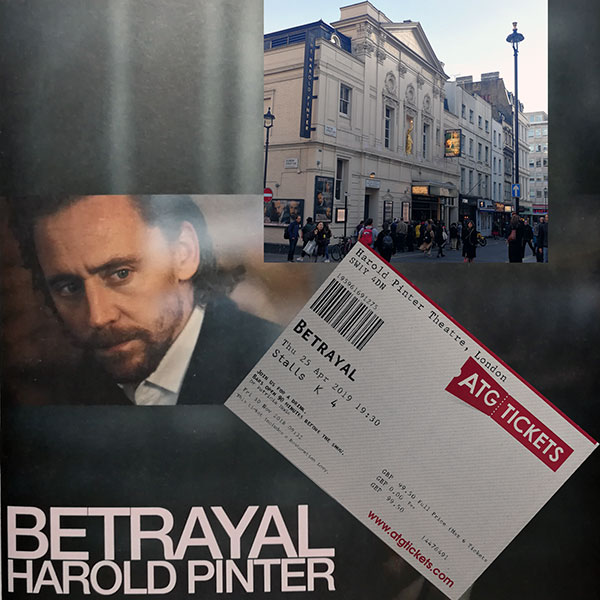 During the day, I visited some sights, which have been on my list for years like Southwalk Cathedral or Aspley House. Half a day I dedicated to Christopher Marlowe and drove to Deptford. While waiting for the train I had 7 minutes for a sketch of St Paul’s. 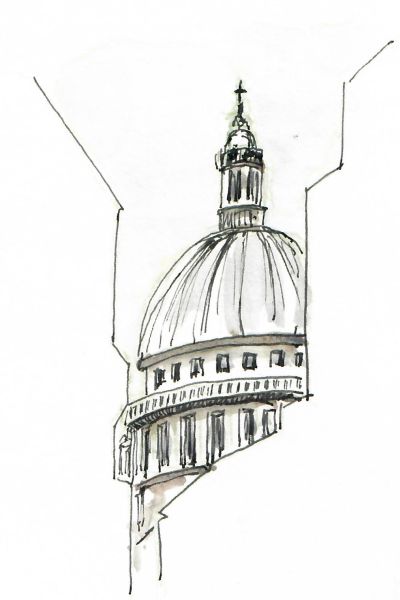 In the 16th century, Deptford was a vibrant place thanks to its shipyards – at least I red so. Today’s main attractions seems to be nail studios. They exist there in abundance. After a walk from the train station, I arrived at St Nicholas church on which’s cemetery Marlowe was buried in 1593. 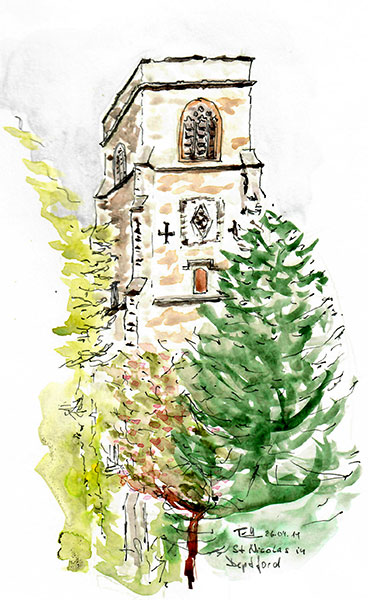 One does not know where exactly his remains lie, but they rest in a very idyllic place.

The other time I was walking around, visited the National gallery and the Imperial war Museum, which has lost a lot of its attractiveness since my last visit (admittedly about 20 years ago). And I fulfilled a long-held wish: Afternoon Tea. 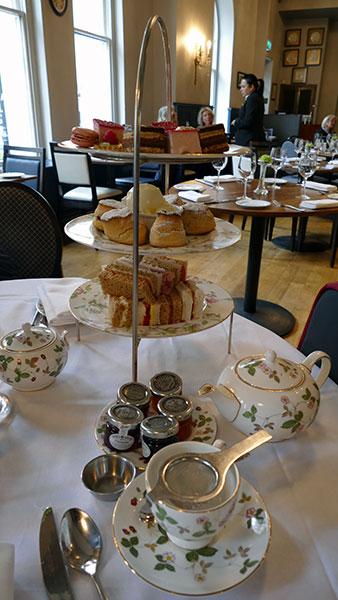