If you are interested in history you might have heard about Aspern. Archduke Karl defeated Napoleon there in 1809. Today the Seestadt Aspern one of Europe’s biggest urban development project is built there. By 2028 it should provide a new living and working space for over 20.000 people "only" 7 kilometres away from the city. A part is already finished the other part is still a construction site, at which we looked during the USK Vienna meeting this week. 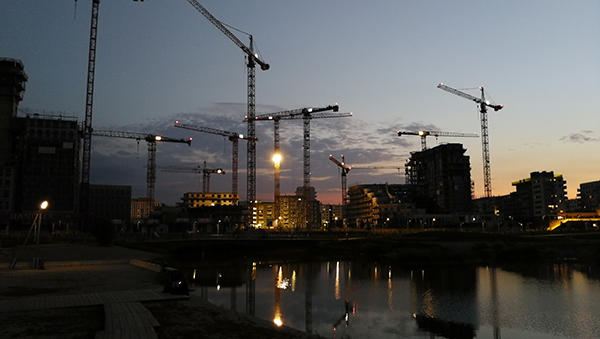 Astonishingly quite a lot dared to make the journey. While going there I got the impression what Christoph Columbus, James Cook, Richard Francis Burton or Roald Amundsen might have felt when they forced their way into unknown territory. Visiting the Seestadt is an adventure which should be planed carefully. Don’t forget enough food and water! Although there is a direct underground line from the city to the Seestadt it take 18 stops and at least 30 minutes to get there. I know that doesn’t sound much if you are living in London or New York but I am talking about Vienna: less than 2 million inhabitants within 414,87 km². On the other hand one has to praise the municipality for building a traffic connection before people are moving into a new area. Until the beginning of the 21th century it always happened the other way. 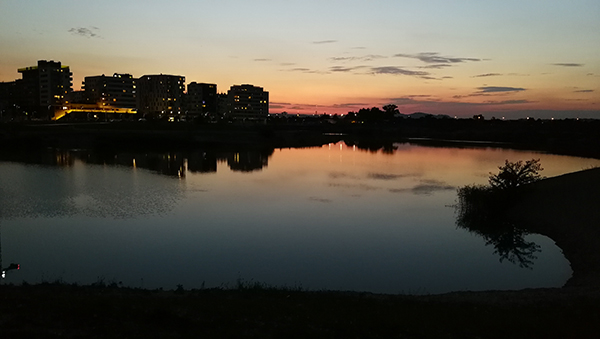 A night sketch was planned. Again something completely new for me. I have never sketched on dark paper before. The result was very different from what I expected because we got a visitor: Karolina from Cretacolor brought us some interesting products. The Artist Studio MEGA Neon & Graphite pencils were suitable for the light effects and the construction cranes. I couldn’t do much with the Aqua Stics (water-soluble oil pastels) because the paper didn’t allow much experimenting with water. In particular I liked the two Pastel Carré in gold and silver. Using them for the scaffold on the left side they don’t come into their own. But I will use them soon for some metal effects of buildings, lanterns, etc. and tell you here about my experience. In any case many thanks to Karoline and Cretacolor. I used every of their products in this sketch. 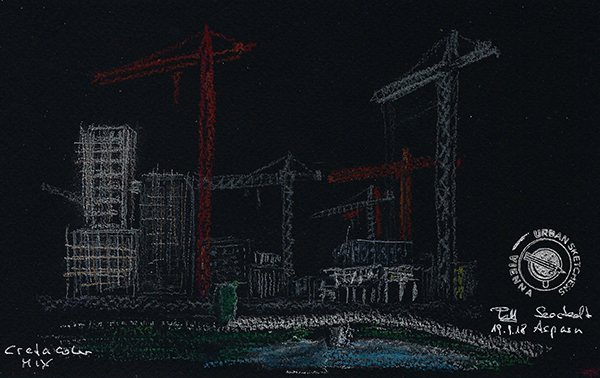 Like always the USK Vienna meeting was a great pleasure, even if some of us are still on their way home. 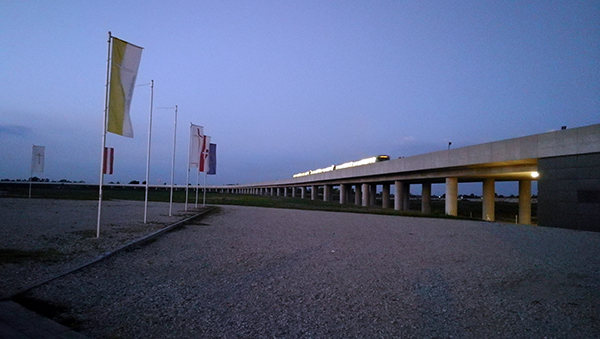