Autumn changes things on Torcello. There are fewer visitors, which may have something to do with the change in the timetable of the vaporetti. The last few years there was always a direct connection with Venice, this time only in the morning or evening. When I once looked out of the window in the morning, a whole group of tourists was marching along the main canal. Nothing unusual in itself, but it was only 9 am. None of the few sights on Torcello open before 10.30. Until then, you see mainly closed windows and doors. The other day, at around 8 pm, some visitors stood at the vaporetti landing stage with a slightly desperate expression on their faces, hoping for a ride towards Venice. I wonder what they had been doing for the last few hours? Everything on the island is closed by 5.30 pm. at the latest, and at this time of year it gets dark early, when you mainly see streetlights. They are excellent on Torcello, especially in comparison with Venice, where along the canal La Funzel, the little light, and away from it total darkness reigns, but again they are not worth a sightseeing tour of several hours. Conversely, the few passengers on the vaporetto will have wondered what the two stray tourists who were the only ones to get off in Torcello at night were actually doing there. In any case, during the day I had to change vaporetti in Burano. This gave me the opportunity to sketch the island from the neighbouring island. 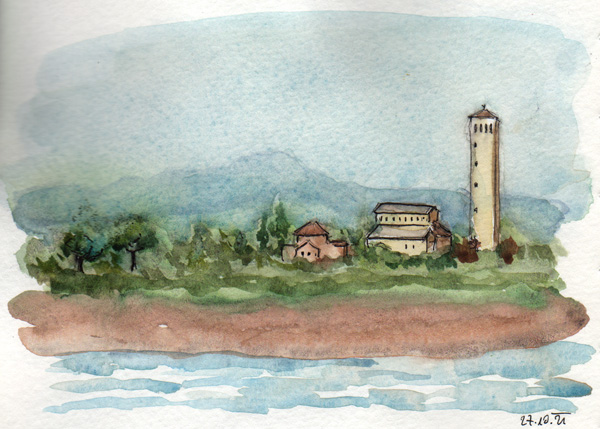 My De Atramentis ink, so highly valued up to this point, has disappointed me shamefully. In both Urban Grey bottles, the pigments settled to the bottom. All the stirring and shaking did not help, I have clear liquid with pigmented sediment. This has never happened to me with any other document ink from this company. Highly annoyed, I had to organise a new outliner. I had some Sakura Pigma Micron fineliners at home, of which I discovered on the spot that they are only partially waterproof. That’s why all the sketches have slightly black streaks.

The advantage of private accommodation is, firstly, an unconventional view, like of the Locanda Cipriani’s chimneys. 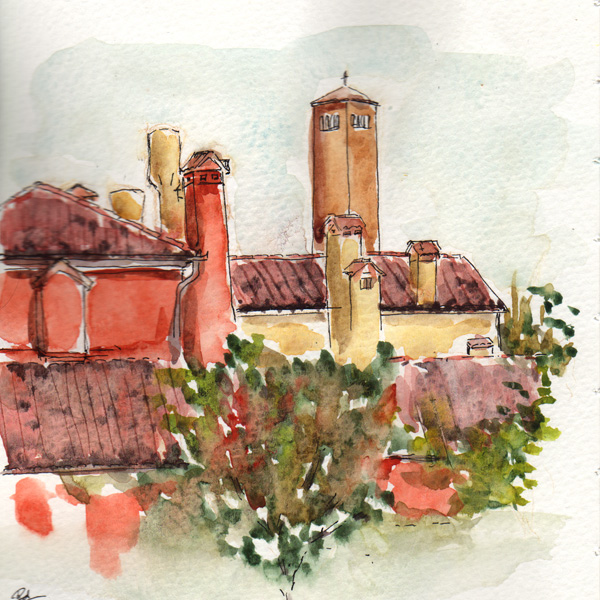 Secondly, a large garden from which Torcello can be seen from a different angle. For the first time, I was absolutely safe from prying questions and glances, because I was sitting in the otherwise inaccessible embankment of the main canal. 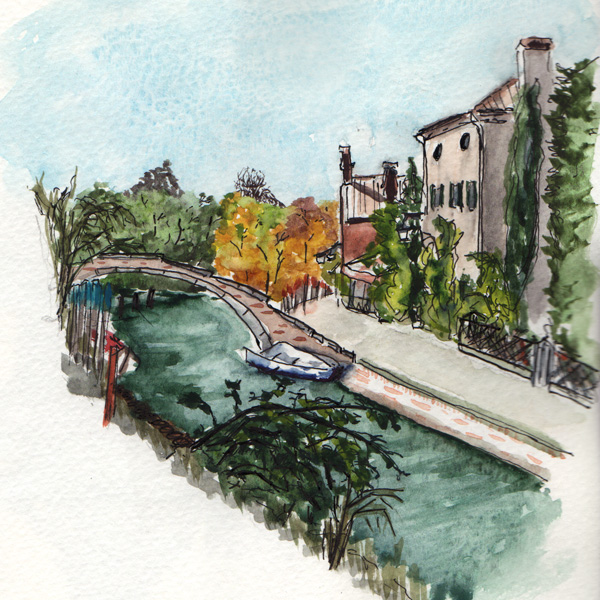 The (almost) deserted island in Venice’s Laguna morta offered as little spookiness the week before Halloween as the city itself. The sunny hours of the golden autumn led to the interesting phenomenon that lizards were still around at the end of October, and unfortunately also mosquitoes. One particularly aggressive specimen completely upset me when I was sketching the church of San Fosca. 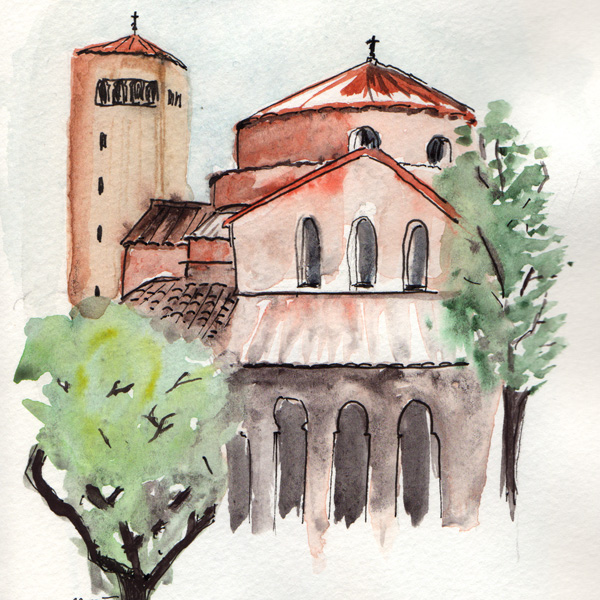 One thing is for sure though, this mosquito will not bother me again during my stay next year. Last but not least, I finally caught it.