Many Surprises In Marseille

My knowledge about Marseille was limited to the reading of Duma’s The Count of Monte Cristo. Therefore, one surprise after the other awaited me there during my short trip at the beginning of November. I was less surprised than amazed when I discovered that the airport of the second largest city in France has no connection to public transport. On the other hand, when I arrived I saw a lot of mountains but no sea, which is really surprising for a port city. And indeed, for Marseille, mountain boots are more recommendable than flippers. It is not a city for people with motoric disabilities. No matter where one wants to go, it is steep uphill, even on the subway platforms where there are two escalators, of which both go up and none goes down.

The first visual impression was: Paris meets Italy. The first acoustic impression was: loud. The decibels, which the traffic doesn’t produce, are created by the road works. Surprisingly, this didn’t bother me at all. I took advantage of the traffic right away and took the public bus to Notre Dame de la Garde. Even from the bus stop, the ascent is exhausting. The phenomenal view is definitely worth the effort. 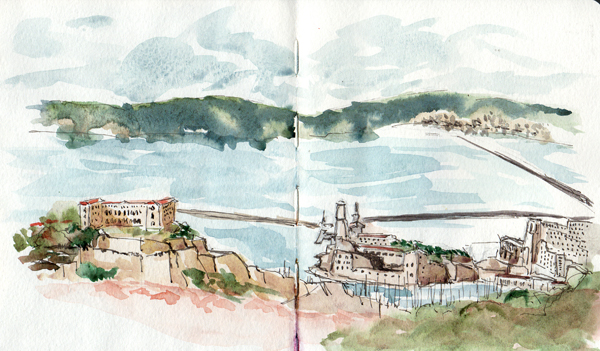 In the afternoon I explored the surroundings of the old harbour, until in the early evening an irrepressible hunger attacked me. I had got up at 3am and had not eaten since breakfast at the airport. So I ended up in a small couscous bar that had the charm of a station canteen. I ordered couscous with meatballs and received a bowl of rice, a pot of steaming vegetables and a plate with a chicken leg. The chicken was my own fault. My French is an insult to the language of Racine, Hugo and Sartre. When I order "avec boulettes", one can certainly understand "avec poulet". Anyway, I must have made a particularly bewildered face. When paying, the waiter timidly asked me if I liked it. Against all expectations, it was absolutely delicious. During my next stay in Marseille I will definitely go to the Saveurs du vieux port again.

The next day I climbed up the Quartier du Panier, where Marseille began. Instead of the charm of the original, the first rows of houses spreaded the nightmare of the prefabricated architecture. In 1943, the German occupying forces destroyed some streets. In order to discover the real quarter, one has to go deeper into it or better said higher up. Narrow alleys (which are actually open to car traffic in both directions!), steep stairs, small bistros, quaint shops and graffiti (from vandalism to real works of art) exerted a magical attraction. Had it not been for the storm, I would have been strolling or climbing through the Panier all day long.

But the biggest surprise awaited me at the opera. From the outside it made a nice impression, inside a thorough overhaul would do it good. But who goes to the opera to see the building (Yes, I did that once in Oslo, but that is another, very sad, story). After all the years I have spent both in the audience and in ensembles of theatres and opera houses, I have come to the conclusion that there are three categories of performances.

In 1994 The Vienna State Opera showed Bellini’s I puritani with Edita Gruberova, Marcello Giordani, Dmitri Hvorostovsky and Roberto Scandiuzzi in a production by John Dew. These performances are among the best I have ever experience on a stage. A quarter of a century later I was sitting in a concert performance of the same work in Marseille and was almost as impressed as I was 25 years ago. 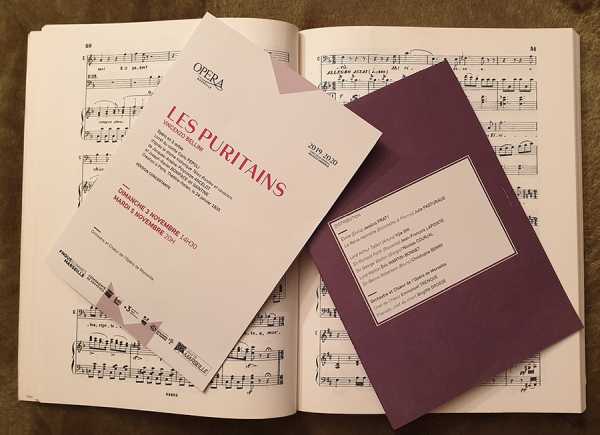 The two days in Marseille were amazing. Some time, there will be airplanes flying again (I would even prefer a reasonable train connection.), the theatres and operas will play again and I will go to Marseille again. I am sure many surprises are waiting there for me.