Even if it does not look like one, this is a real urban sketch. I sketched the model of the Admiral Tegetthoff in the Natural History Museum. It was the ship of the Austro-Hungarian North Pole expedition led by Carl Weyprecht and Julius Payer. One of the few stories of success in the Austro-Hungarian Empire. 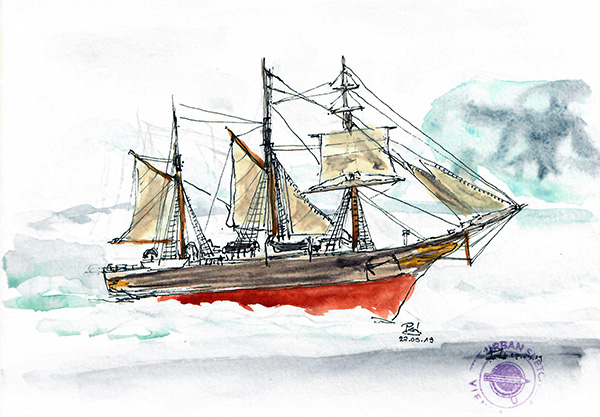 The ship got locked in the pack ice in 1872. Yeah, this would never have happened to the Fram. In exchange, the Admiral Tegetthoff drifted northwards where it discovered Franz Josef Land. Austria is not famous for its explorers, but we discovered the most beautiful part on earth I have ever seen. Unfortunately, we did not keep it. 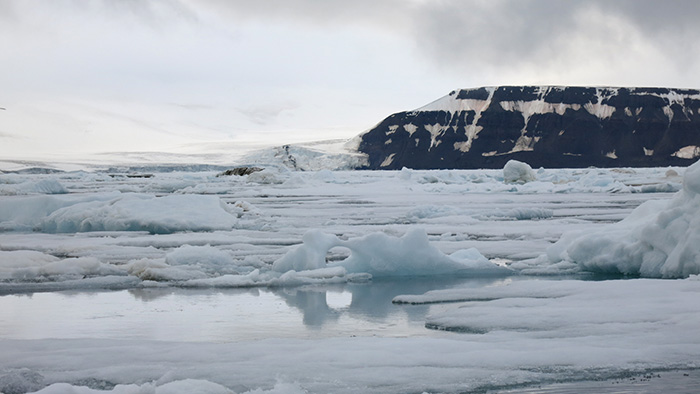 The Admiral Tegetthoff had to be abandoned in 1874. The crew struggled along the way south. They all returned safe except the machine operator Otto Krisch, who had died of pulmonary tuberculosis on Franz Josef Land.

This is a very abridged version of a fascinating chapter in the history of discovery that is nearly completely forgotten today. By the way I have never found out why the model is displayed in the Natural History Museum. All other exhibits of the Austro-Hungarian North Pole expedition are in the Museum of Military History.

Four years ago I visited Franz Josef Land but with my old camera. I hope to go there again in the near future and bring with me some pictures, which can reflect at least to some extend how gorgeous it is up there.