In the 1970ies Friedensreich Hundertwasser, the "opponent of a straight line", designed an apartment building for the city of Vienna, which was built several years later. I was glad when it was announced as the motive for the next USK Vienna meeting. How difficult can it be, everything is wonky! Big mistake! It turned out as one of my most difficult sketches. I failed to sketch some details of the upper floor several times. As it was getting later and later I grabbed the brush and started painting – Hundertwasser would have approved it – the different coloured blocks of the front. Then I added some details with the ink. I will never say anything disrespectful about wonky lines. 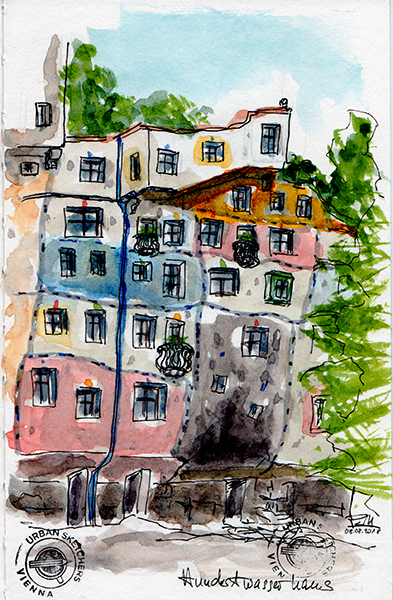